In a parallel world, these graphic novels do exist.

When Leviathan by Scott Westerfeld came out in 2009, it probably wasn’t that common to have illustrations included in a novel that was obviously for teenagers. The publisher was afraid that the graphics would make the book too “immature” and “childish”. Perhaps they were forgetting The Curious Incident of the Dog in the Night-Time (2003), Extremely Loud and Incredibly Close (2005), and An Abundance of Katherines (2006)? Who knows. But Leviathan was definitely not the first of its hybrid kind.

Still I have to say it was Leviathan that introduced me to the graphic novel format—and I love it and I want to see more of it. 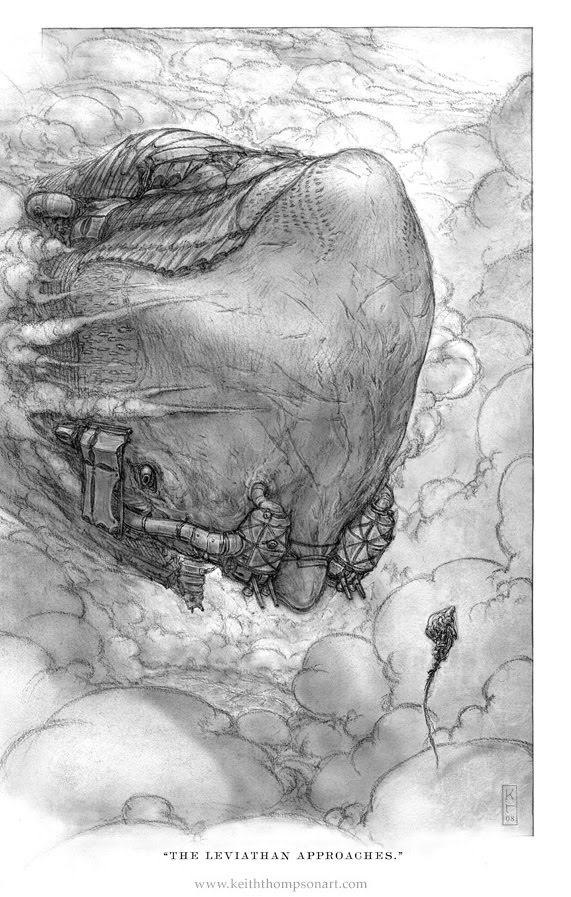 I used to think that with the added illustration, as a reader I would have less work to do. I don’t have to picture anything in my head since the image is already in front of me. In theory, that is. In actuality the reader has to do more work when there’s an illustration next to the text. Now it is up to the reader to check and double-check what the image conveys and how it is different or similar from the passage it is based on. It is, in short, a lot of work, and really, a lot of fun.

And when the style and aesthetics of the artist match in every way the essence and the central thought of the narrative, there is magic, glorious magic. As a literary genre steampunk heavily relies on visual descriptions of intricate clockwork and mechanical monsters. There is also a ‘nostalgic’ vibe to it. Keith Thompson managed to capture both.

So, thinking along this line, here are three collaborations to transform novels into graphic novels I would love to see but most likely never will. Some of them, like Westerfeld and Thompson, have ultra high compatibility, kind of like cinnamon and brown sugar. Others are more probably more like yoghurt and chips—you have to pretend a little for it to work, but once you’ve tried it you know they’re simply meant to be.

Nao Tsukiji’s style is all about creating decadence. She also likes to draw characters who have mysterious allure, and seem to have a fetish of some kind, and ruins that seem defiant. With that kind of flamboyance and provocative aesthetics, it really makes one wonder what does New Beijing look like through her eyes, and how she will bring to life a cyborg in a ball gown.

Girls dominate Camilla d’Errico’s drawings, or more specifically, girls with strange, grotesque things in their hair. That doesn’t sound like Momo, does it? Probably more like Alice to be honest. Not to mention the grey gentlemen in Momo are meant to look more like Agent Smith in The Matrix than what I have in mind, which is precisely why I want to see Camilla d’Errico’s take on the story: I want to see contrast inverted, reality subverted! 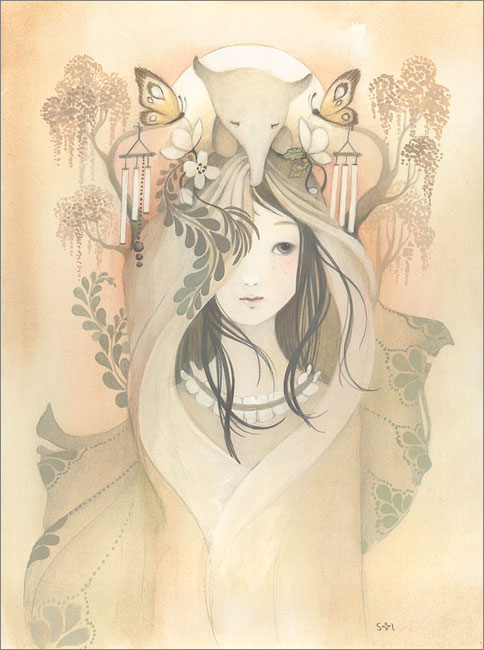 Amy Sol x The Little Women (1868) by Louisa May Alcott

This duo is probably what I mean by cinnamon and brown sugar. There is kindness in Amy Sol’s artwork. It’s more than the soft, comforting colours of wood and the gentle curves that tug at your heartstrings. She doesn’t pull you into another world. Instead she sits quietly, waiting for you to start the conversation. Gentle love. That is what I want to see in the art of The Little Women. Of course, because it’s Amy Sol, I expect to see some kind of Asian flavour to it.

I can think of a few more, but this is all for now. I probably won’t get to discuss the nuances found in the gaps between text and illustration in my thesis, but ever since Leviathan, it is something that has been on my mind. Is there a sweet spot that the illustrator must find? If balance between art and text is essential, then what is the reader meant to do with a sense of dissonance if it arises?

Still wondering? So am I.