How do you say your name, again?

by Erin, Clementine and Susan
We are currently sitting in the Dublin airport, reflecting on two days of Irish conference fun. The ISSCL biennial conference, Is Feidir Linn! Yes We Can!, on Politics and Ideology in Children’s Literature, which took place from Saturday 25th- Sunday 26th February 2012, saw a delegation of three Cambridge students (Clementine, Erin and Susan) who presented papers respectively on politically transformative children’s literature, an ecocritical analysis of two contemporary young-adult texts, and national identity in The Hunger Games.

After the silver-trumpeted arrival of our Ryan Air flight, Susan and Erin were welcomed into Dublin by a visa agent who inquired whether or not they would be drinking. When we said, “no, we are going to a Children’s Literature conference,” he said, “a conference, well then you will have to drink. It will make the presentations that much better, especially in Children’s Literature!”

On Friday night we made our way to the Temple Bar district where we had dinner with the lovely Marion Rana from Germany. 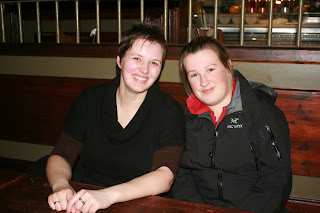 We then returned to our lovely hotel, where we (Susan and Erin) spent twenty minutes trying to figure out how to turn the lights on. We go to Cambridge. Our presence in the hotel was well known to the receptionists, who received countless phone calls from Room 203. Where is the tv remote? Do you have a hair dryer? Do you have an iron? Do you know how to get to the conference? How should we get there? How long does it take? Do we get free breakfasts? If we walk to the city center, how do we get there? What time do we need to check out? However, as a testament to the overall kind reception we received in Ireland, all of our queries were met with a smile. 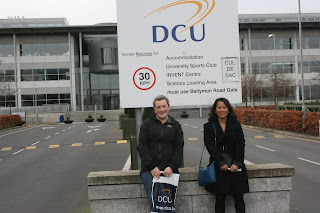 We were joined at the conference by a number of people that we knew from previous conferences, but there were also a few new faces, including a potential new applicant to Cambridge. 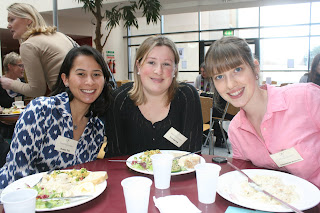 Erin was the first to present, on Saturday morning. She was part of the ‘geocriticism’ panel, although she isn’t sure this is what she is doing. Regardless, it was an informative and helpful session. 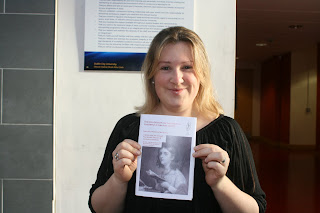 In the parallel session on cultural memory, Susan heard a very interesting speaker discussing the 1966 commemoration of the Easter Risings, and the ways in which it was used to shape youth culture. There was a fascinating session, which we all attended, on gender, sexuality and vampire literature. Matthew Grenby’s plenary session on Saturday was a convincing reading of an 18th century children’s magazine as a political allegory. His speech was all the more impressive as he didn’t appear to have any notes. Something to aspire to.

On Saturday night, whilst the ‘adults’ partied, we went to bed. Susan and Erin, PhD babies, ordered Chinese food, which they ate in their pajamas. Susan had naively thought that would work diligently on her methodology chapter during the evenings. This plan failed. Clementine had an amazing Italian dinner at her friend’s house, whose husband is Italian. She is now on tranquilizers and cannot remember what else happened. It sounded fun when she explained it this morning.

Today was Susan’s first conference presentation and she rocked it. When Erin got out of the shower this morning she found Susan lying in bed, saying her presentation out loud whilst pressing an imaginary ‘mouse button’ to change the slides. To be fair, we both practiced a few times in our pajamas, and decided it was the most ideal environment for academic work. Clementine also rocked her presentation, but she is an expert now. She got some great feedback. There was an interesting debate afterwards about a Canadian picturebook which she had discussed in her presentation. 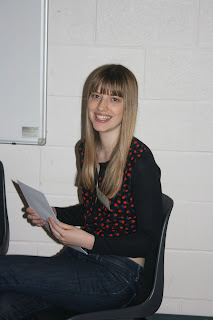 After the first parallel session, we heard from the engaging Siobhan Parkinson, the Irish Children’s Laureate, who spoke of her approach to writing as an author, critic and publisher. 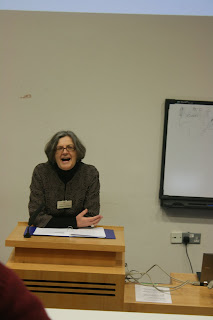 When the conference ended, we made our way into Dublin city center with a few new friends. 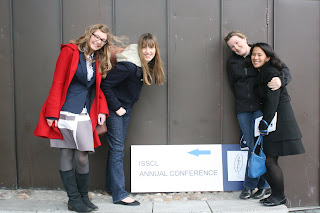 Here, we got a taste of Irish city life. We visited Trinity College, which was lovely, though it made us long for our dear alma mater. We then made our soggy way to the airport, after being caught in the rain. By then we were cold, miserable and exhausted. Ready to go home. 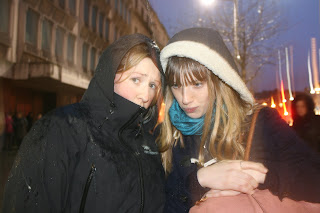 However, as soon as Erin and Susan get too tired, they get hyper or incredibly grouchy. Luckily for Clementine, tonight’s special was extreme hyperness. Apparently when Clementine gets tired she becomes impressionable. 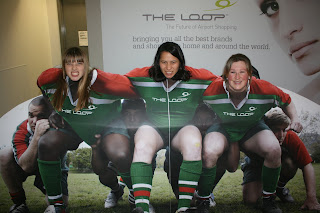 Overall, it was a very useful and enriching conference, and we look forward to seeing as many people as possible at the Child and the Book Conference in a few weeks time.