Yesterday was the second ever Homerton/Cambridge Research and Teaching Centre for Children’s Literature open day. I felt so proud to be part of this event, which showcased the strength and diversity of the children’s literature program. Having organized a very successful open day in May, many of us felt that it would be a good idea to repeat the event, to continue spreading the word about the value of studying children’s literature. While we might have worried that it would be impossible to match the success and turn out of the May open day, I feel that it was equally as successful! We had a great turn out – so thank you to everyone who came out on a dreary Saturday afternoon to hear what we are all about.

Some things stayed the same: like Zoe’s amazing cupcakes. Instead of being inspired by Alice, she now drew on a Beatrix Potter theme, creating pastel-coloured delicacies complete with frogs and rabbits. Zahra, an MPhil student, equally demonstrated her cupcake-baking skills, producing Twilight-inspired treats. 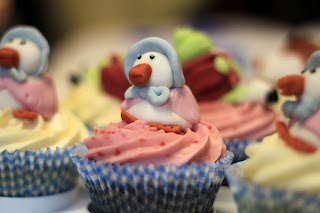 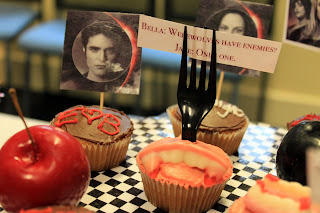 Clementine, Debbie and Susan made their fellow students proud, as they spoke eloquently and wittingly about why they study children’s literature at Cambridge. Debbie explained that, for her, it all began in a bookshop in York, where she found a copy of ‘The Cool Web,’ and later read it from cover to cover. Who would have thought that children’s literature could be so critical? Clementine re-told the Cinderella story, adding in a modern-day twist, using her own brilliant illustrations. Susan reaffirmed the strength of the MPhil program, in particular, telling future applicants ‘what to expect’ as students of children’s literature. In short, expect to have your expectations exceeded!

We also had the absolute pleasure of hearing author Adele Geras speak about her experience as a writer. She compared the process of writing to that of cooking, and used this metaphor throughout her presentation. I was interested to hear her explain how her own life has influenced her stories, and that she writes about ‘what she knows’. She explained that she grew up in a family that travelled extensively, moving from place to place every two years or so, and how she draws on these experiences within her own work. The places she has been have become part of her work. Alongside characters and plot, she argues that setting is important — it stays with you long after the book is finished. 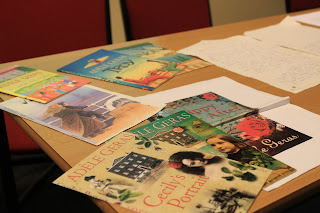 Between the presentations, there was lots of time for us to mingle: to meet new people, to ask questions, to answer questions, to share our experiences. I had lots of questions from prospective students, about the nature of the course and what my own research entails. They all were very enthusiastic! 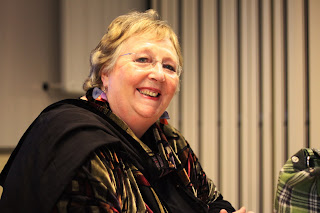 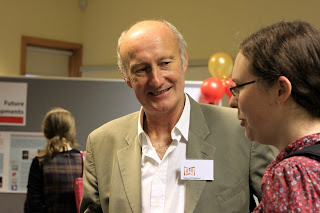 If I had been a visitor, trying to decide whether or not Cambridge or children’s literature was for me, there is no doubt in my mind that I would have been convinced. As for those of us already here, I think it made us realize (yet again) how lucky we are.

Photos were taken by the very talented Faye Yung. Thanks for sharing, Faye.