A Royal Visit to Anne's Island

In my spare time this week I have been following the Duke and Duchess of Cambridge’s nine-day Canadian tour. I was particularly excited to hear that the Royal Couple had asked to visit Prince Edward Island, as Anne of Green Gables was a childhood favourite of Kate’s. She was quoted saying that her visit was therefore ‘somewhat sentimental’. Whilst her royal duties kept her away from touring Green Gables, she was presented with a limited edition copy of the novel, and was photographed alongside an actress dressed as Anne. 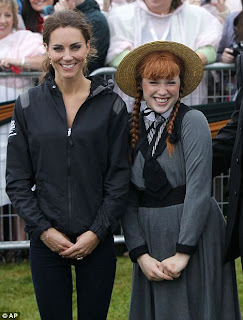 All of this prompts me to reflect on the hazy boundary between fact and fiction. Although Anne is fictional, her presence on the island seems so real. Margaret Atwood (1992) writes, “readers of my generation, and of several before and since, do not think of Anne as ‘written’. It has simply always been there.” I vividly recall visiting the island as a young girl and feeling the same way—I stood in front of Green Gables and it was exactly how I had imagined it when I visited it in reading. 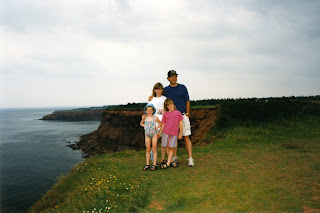 In a recent article published in the Globe and Mail about Kate’s impending island visit, Sean Hennessy (from the University of PEI) is quoted saying that visitors are often “surprised how little there is about Anne […] For a cultural icon, there aren’t a lot of real things there.” And yet, according to a PEI Government website, hundreds of thousands of tourists flock to the island every year to visit the place that inspired Montgomery to write the Anne series. They boast that it was through the voice of Lucy Maud that the island was put on the map of Canada in the first place. Whilst visiting the island, you can stroll through the Haunted Woods, tour the interior of Green Gables, go on a carriage ride led by ‘Matthew,’ have tea at the ‘Anne of Green Gables store’—just a few potential activities. For the past forty-six years a live performance of Anne has taken place, twice daily, on a Charlottetown stage. They advise Anne-loving visitors that three whole days are necessary for a proper tour. What does Hennessy mean by real? Yes, these activities are fictional. The Rachel Lynde that greets guests for tea is not the Rachel Lynde. But does this matter? Does it make the experience any less 'real?'

By visiting the place that inspired the text, readers can step inside of Anne’s world, and the story is brought alive. It is through place that the border between fact and fiction is crossed. In the same article, it is presumed that Kate "kn[ew] the red cliffs, green pastures and tree-shaded lanes" before she even stepped off the plane. I choose to believe this.