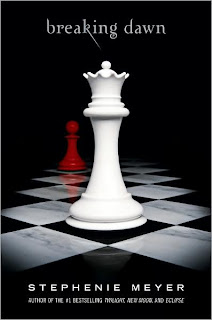 
One day, my youngest sister came home from school in tears. She was eleven, and had been teased by the ‘popular’ girls again. Sometimes it was about her hair, or her clothing. We, of course, offered to step-in, knowing a well placed call to the school counselor could put a stop to it. But my sister wouldn’t let us, driven by a pride that she could withstand this adolescent rite of passage. And usually, she did. She truly didn’t care about fashion or boys – all the things that made her a target. Except for that day. That day was different, for the popular crew had honed in on the one thing that my sister held most dear in the make-up of her middle school life. She had been teased about books.

There is nothing funny about bullying. However, I must admit I almost laughed when she told me why she had been so teased. The girls’ ridicule of my hard-working, high-achieving, and serious sister stemmed not from the fact that she loved books (which I had been teased for when I was her age). No, these girls, who barely knew where the school library was, were teasing my sister because she hadn’t read a book. She hadn’t read Twilight.

It’s hard to know how to respond when your little sister comes home crying because she’s been told that she’s uncool for not liking Edward Cullen, a “non-believer,” and will be eaten by werewolves as a result. (I swear, I’m not making this up). But there it was – pre-adolescent bullying at its apex, when the book-worm could be targeted for possibly the one book she hadn’t read: a book she wasn’t interested in precisely because she associated it with the ‘popular’ girls who plagued her.

She came to me for advice and solace - I was the ‘cool big sister,’ who remembered those years well –and I struggled to find words to comfort her. It was baffling. She devoured books, and delighted in staying after class to discuss them with her English-teachers. She was an almost permanent fixture in the school library, always with a new book, a new discovery, a new story. But, I comforted her, and told her that those girls were silly, stupid, jealous. I told her that the fact that they needed to pick on her reflected on their own insecurities, rather than anything to do with her. And then, trying to be helpful, I made a suggestion -- and in the process, learned a lesson.

“You know,” I said. “If you want to read Twilight, there’s nothing wrong with that. Even if you end up not liking it, you’ll be able to say why, and when those girls tease you again, you can tease them right back.”

My sister stopped short and looked up at me, outraged.

“Susan Tan.” She said in disgust. “I have just finished reading To Kill a Mockingbird and am in the middle of The Lord of the Rings. Do you really think I want to waste my time on something like Twilight?” And with that, she stomped off, tears gone, teasing forgotten.

This little episode has always left a powerful impression in my mind, and I think back to it when I hear anyone question the importance of children’s literature. My little sister was in that awkward place that we have all visited, on the cusp of adolescence. She was thrown-off by the changes of her growing body, worried that she had enough friends, self-conscious about the pimples on her face. But as much as she doubted herself, as awkward as she felt herself to be, my comment reminded us both that reading was the one place where none of this mattered. In reading, she knew who she was, what she was, and what she wanted.

A few years later, she did read Twilight. In true family-fashion, she insisted I read it alongside her, and we spent long hours discussing why we thought it appealed so much to teenage girls, and if we thought Bella was a good role model. She professes to hate the series, but has a copy of Breaking Dawn which she hides whenever we have guests over, lest they see it and take it to mean that she likes Stephenie Meyer. But as passionately as she critiques the Twilight series, a broken book spine and worn pages tell me that she frequently reads her copy of Breaking Dawn. I think there are aspects of the story that perhaps she does like. But I also think that as she has become more comfortable in herself and who she is, losing the awkwardness and insecurity of her pre-teen and early teenage years, the anchor that books provided her has now become something more. I think she likes Breaking Dawn precisely because she doesn’t like it: because she has discovered that books, while providing her with words, also provide her with a voice. Because she has discovered that she can resist buying wholly and completely into a book’s world, that she can dislike a book, criticize a book, even hate a book

Unsuprisingly, my little sister wants to become an author. And, as I help her with the short-stories she laboriously drafts, as I assure her that even at fifteen years old she has an astonishing talent with words, I think of the books, both good and bad, that have made her possible. With proper-older-sister-pride, I am sure that if she wants to, she will be a success. And, though I will keep it to myself (she’d be furious if I ever suggested it) I know that whatever she does, all books, especially the Twilight series, will have played a large part in shaping the person and writer she becomes.